But as I noticed that people are vibing with the content I put out, I decided to keep going, to keep up the momentum.

I'm by far not a “twitter growth expert” now, but averaging around 94 new followers a day is pretty cool in my book.

That's why I decided to share 5 tips / hacks / whatever that helped me to grow my following of relevant people.

It's literally how I got started.

I've got this Twitter account for a few years now. In this time, I amassed 243 followers and made a few nice connections, sure … but that's nothing to the connections I made now.

… and many other dope people were putting out so much valuable content, I felt inspired to do the same.

And that's what I did. I just shared what I knew.

Then my first real thread popped off …

… and showed me what's possible.

“That's wonderful, let's see how far I can take it”

I kept putting out content, share what I've learned over the last few years and gave my audience a peek into my progress with the newest neesh site project.

Combined with basic copywriting knowledge and a bit of engagement baiting, I was getting likes, shares, and comments left and right.

I've read a couple of twitter guides over the years, which definitely helped. Are they necessary? Not really, but they provide a good basis for writing tweets, what to do & what not to do.

I can't really recommend one specific course since most of them have the same info. Just get a random course that's from a trustworthy person and has plenty of good reviews if you need some pointers.

Alternatively, analyze what and how people you look up to tweet, you should be alright.

#2 Listen to the People

If you're following me for a longer time, you'll have noticed that I regularly ask you, what stuff you want to read next.

Simple asking your audience what they would like to learn more about is the fastest way to build a loyal base (given that you actually know what you're talking about).

The Keyword Research post (partly) was such a success because I knew people wanted to learn how I do it.

Combine that with building a bit of hype – bada boom bada bang – and this post alone resulted in around 300 new frens.

Do not hesitate to get inspired by other accounts in your niche if you're just starting out.

If you see me or someone else asking their audience what type of thread / info they want to learn more about and the poll says, “74% are interested in Content Creation” use this info.

Are you a little weird? Do you disagree with a lot of the content people are putting out? You've got your own style of doing something?

Don't be afraid to let your personality shine through your tweets.

Look at those soulless B2B accounts getting 1-3 likes (from their employees, probably, too) – no one cares.

Just take a look at The Fury – this dude is one of the most authentic mfs everrr.

He's got his style, his philosophy and built a cultish following being unapologetically himself.

I'm sure he rubs plenty of people the wrong way, but I'm certain he doesn't really care because the people he connects with are loyal fans and friends. #hooa

So just be yourself. Make mistakes. Be honest. Write your heart out. Ignore grammar if you wanna.

If you got zero followers, no one will see your tweets.

Of course, you could use hashtags, but they don't work?

You know what works? Being a communicative, helpful and decent human being.

My advice would be to write a banger thread, pin it to your profile as a “hello, that's what this profile is about” and leave it at that for now.

Now if you engage with other people in your neesh – giving feedback, asking questions, being a ray of fucking sunshine – they will check out your account.

And if they vibe with your tweets (or pinned tweet, especially) they are going to connect with you. That's how you get your initial super frens.

If you're adding value in the comments or RTing with another nice insight, that's cool.

But don't think you've got to answer every tweet your favorite creators are putting out.

If you've got nothing of “value” to say, just like their tweet and be done with it. :)

Moreover, make sure to interact with other people in your target audiences. Answer their questions, ask them your questions, and maybe even follow them.

They're not competition, you're literally in the same blue bird boat and chances are that you'll profit from an exchange. Perhaps you even make new friends haha.

I, for one, know exactly who are my Day Ones – the frens who liked my tweets when I was just starting out and were giving me feedback even on my shit tweets :D.

Why are you following 1000s of accounts? This makes your profile very unappealing.

It's a better look if you're following a reasonable number of people (100-500) that you can actually interact with.

Someone I don't vibe with anymore, someone who doesn't follow me back and/or someone that's not in my target audience (think news account, random celebs or people who simply stopped posting).

That keeps my feed clean and relevant.

Here are a few pointers:

Think about it: Why would I follow you, if you're only reposting soccer videos, random viral quotes and RT other people threads without adding anything new?

Tip: Look to other successful accounts if you're looking for inspiration.

I've resisted using tools because I feared it will result in a disconnect with my new-found audience.

I mean: Engaging with people got me where I am now.

But being able to schedule threads, tweets and articles like this freed up a lot of time, and I noticed it doesn't make a huuuuge difference if you answer a comment after 1 minute or after a few hours.

After testing a few tools, I settled on using hypefury.

You can start your free trial here: Start Growing on Twitter (aff)

Now I've actually got time to create content and work on other stuff without being glued to Twitter.

Yes – initially, no one will like your tweets (probably). Maybe they're shit, perhaps they're bangers, but nobody sees them – who knows.

Being consistent and building up momentum is what really counts.

And if you apply those “5 crazy twitter growth hacks” I shared with you on this page, you'll grow a valuable network – I can almost guarantee it.

If you enjoyed this, give me a shout on Twitter: @saintvienna

I appreciate it. Thanks for your attention!

P.S.: If you've read until this part, I recommend you to sign up below. This way, you'll get all the stuff I publish here directly sent to your email. :)

Enter your email
Subscribe
Getting thousands of visitors every month is remarkable. It's also incredibly difficult. Especially if you've never done it before. It doesn't matter whether you want to win more customers via SEO or trying to build a niche site monetized with ads... There are so many factors – content, usability, design to 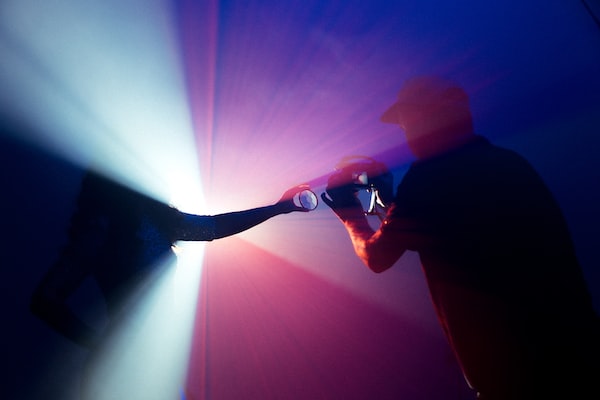 Much like the universe, the internet is always expanding. Did you know that 7.5 million blog posts are created every day? Creating content that stands out is becoming increasingly challenging, and content creators are always trying to stay at the top of their game. This begs the question: How 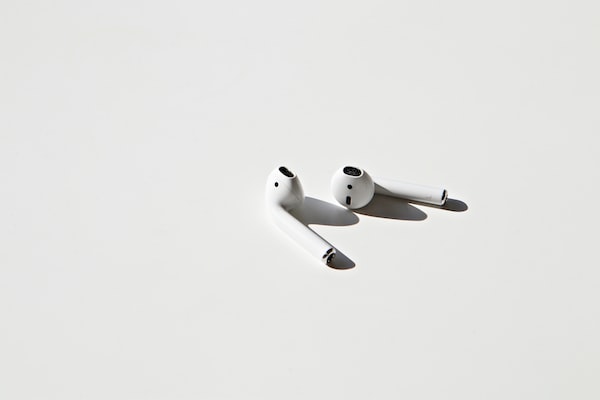 AI will probably take your job eventually – it doesn't matter if you're a truck driver, cashier, or even a doctor. So instead of complaining and fighting the inevitable, I'll show you a way to make money with AI. This way, you're the middleman between AI and businesses. And being a